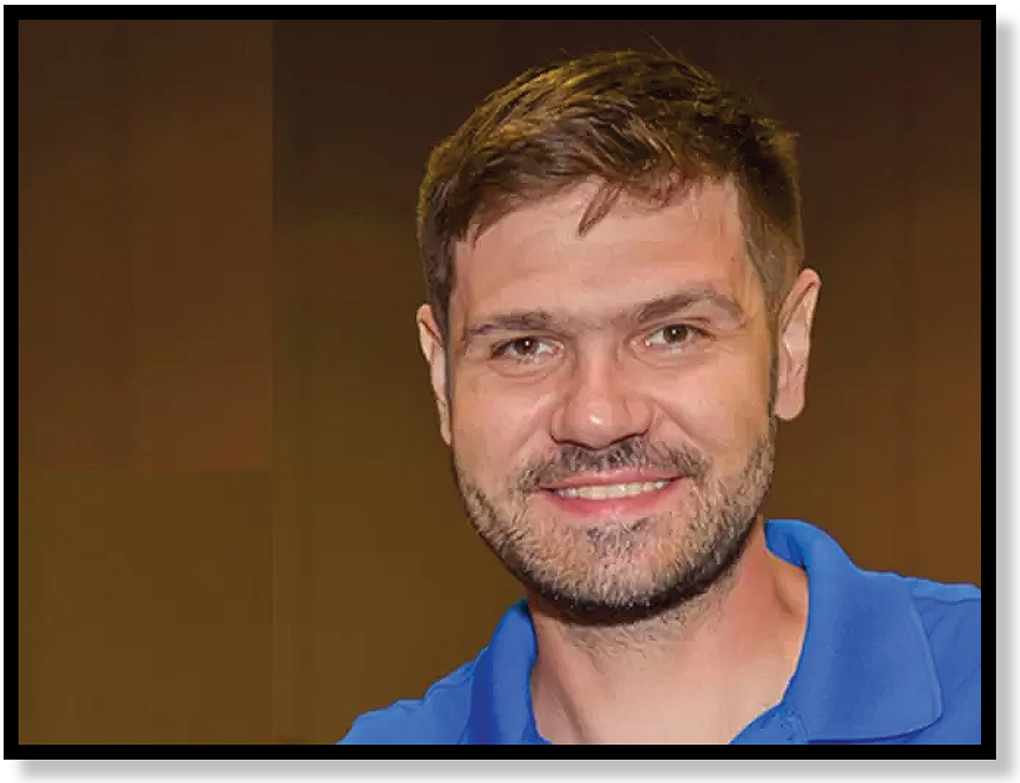 The marine aquarium world finds itself in a state of shock and sadness at the news that Jake Adams, passionate reefkeeper, innovator, and communicator, has died suddenly and unexpectedly at the age of 41. As longtime Managing Editor and public persona of the influential Reef Builders blog, on October 20th Jake was flying to Bali, Indonesia, via Taipei on China Airlines for a planned dive trip.

“He had just got up from his seat when he collapsed,” said Rob Mougey, a friend and Director Emeritus of the Marine Aquarium Societies of North America (MASNA). “They performed CPR on him for over an hour. The plane continued to Taiwan and they are performing an autopsy there. Jake was on his way to see Vincent Chalias (of Bali Aquarium), where a grand trip was planned for an exploration of Indonesian reefs out of Manado.” 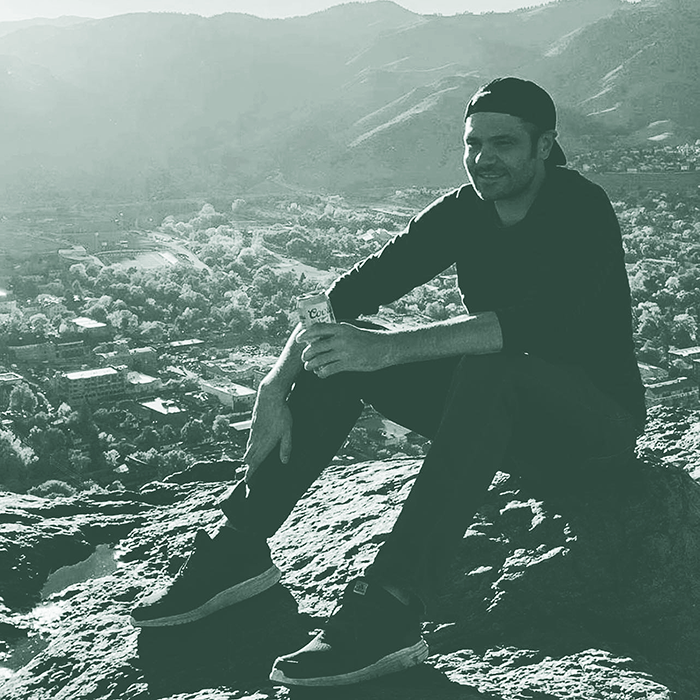 Born Jacob Horatio Adams in 1981 and raised in France during his early years, Jake was an aquarist from a young age who went on to earn a degree in marine science. With unbound curiosity, a gregarious personality, and a willingness to be outspoken and often controversial, he inspired and educated countless aquarists on coral husbandry and cutting edge reefkeeping. He had served as managing editor of Reef Builders since 2008 and had recently been immersed in creating a state-of-the-art aquatics “wet” studio in Golden, Colorado.

A GoFundMe appeal to benefit Jake’s wife Windsor, who is pregnant with their first child, has been set up and has raised more than $80,000 in its first few days. No cause of death has been announced, pending autopsy results. 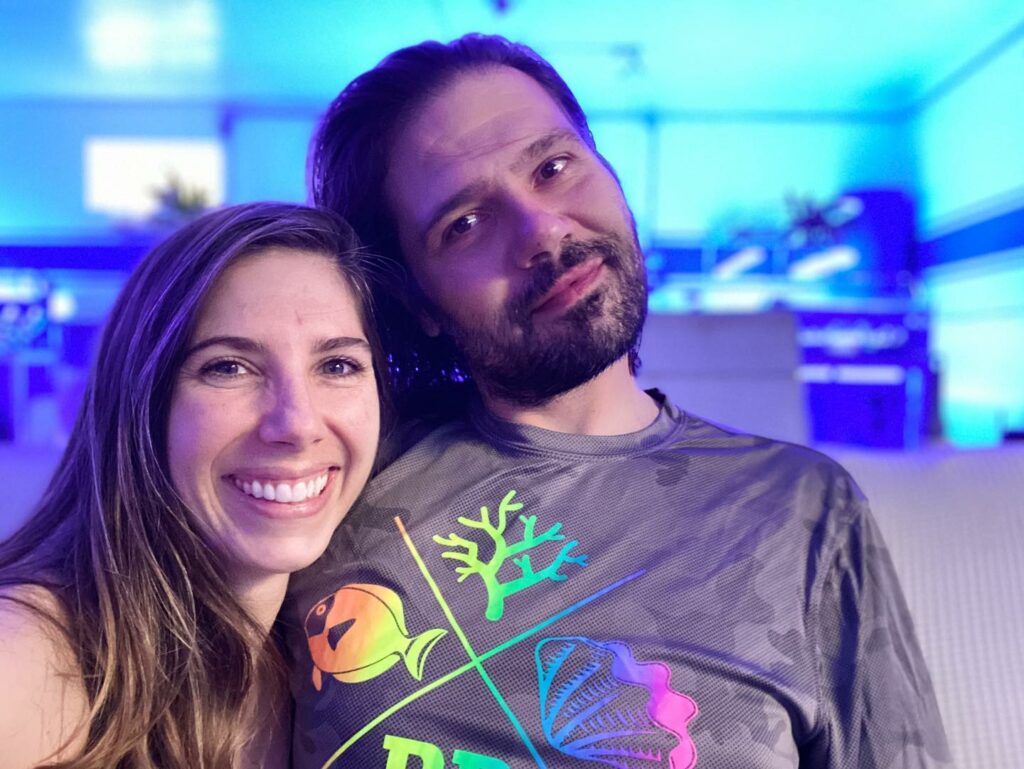 Mougey, a Colorado neighbor of the Adams family, spoke for many in the marine hobby, industry, and profession, when he said:

“Jake was a friend, a mentor, and could be exasperating when he was singularly focused. He will be remembered as one of the most influential contributors and champions of the hobby. He was loved by many. I am broken hearted.”

The Legacy of Jake Adams – Chanelle Adams is organizing this fundraiser on behalf of Windsor Adams.

Learn More about the Life of Jake Adams

Jake Adams: In His Own Words – Jake’s own aquaristic autobiography, as submitted as part of the 2022 MASNA Awards process.

CORAL Interview Excerpt: We Hate To Disappoint You, But INSTAFLOW Does Not Exist – In 2014, Matt Pedersen talked with Jake Adams about the importance of water movement in the modern reef aquarium. Enjoy this exclusive full excerpt from the CORAL Magazine, Volume 11, Issue 2, March/April 2014.

A farewell to Jake Adams – Tidal Garden’s Than Thein had recently visited Jake Adams at the Reef Builders Studio in Golden, Colorado, and shares footage and thoughts from that trip. 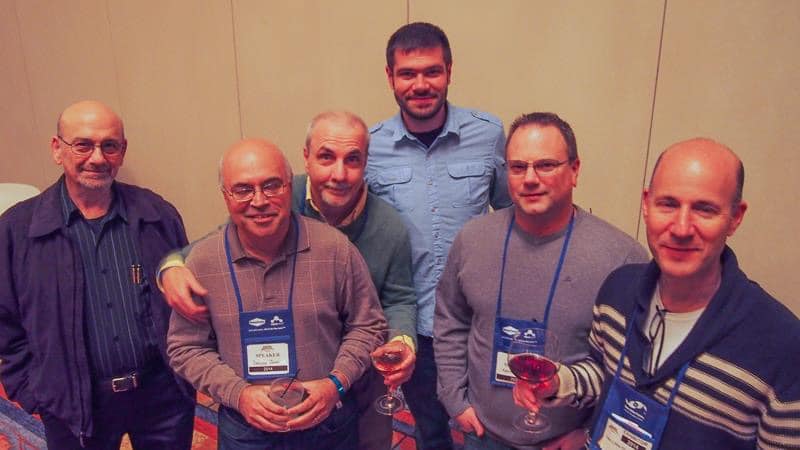 Kevin Kohen reflects on the passing of Jake Adams

“This weekend has been incredibly difficult for me, filled with so many overwhelming emotions………from tears, sadness, empathy, and joy & smiles when looking back on some truly great times spent with Jake Adams.

“I was crushed to hear the news of Jake’s passing while traveling to Bali. On Wednesday last week, in typical Jake fashion I receive a text with a video of a hybrid angelfish……no words just a video. Shortly thereafter we exchanged a few text messages, followed by a phone call. It was great to catch up with Jake, even though he was frantically packing for his upcoming trip to Bali. I so wish that phone call lasted longer, as there was so much more I wanted to say.

“I was fortunate to meet Jake back in the mid-2000s, which quickly evolved into a friendship. He was one of the few in the aquarium community that not only had a true passion for marine life, aquarium gear, technology, and husbandry techniques but also was a hard-core reef fish enthusiast at heart which is where we really connected.

“I have the utmost respect for Jake’s enthusiasm, passion, charisma, wittiness, creativity, humor, and wisdom. Most admirable was his relentless quest for knowledge about marine animals, coral reefs, and marine aquarium keeping, which he unselfishly shared through his blog posts on Reef Builders, personal interactions, and lectures around the world.

“There are very few people in this world that exuded the level of commitment and passion for the aquarium hobby and industry than Jake Adams did. He was a true ambassador, one of the good ones, and will be sorely missed. My heart goes out to his close friends, family, and his lovely wife Windsor. 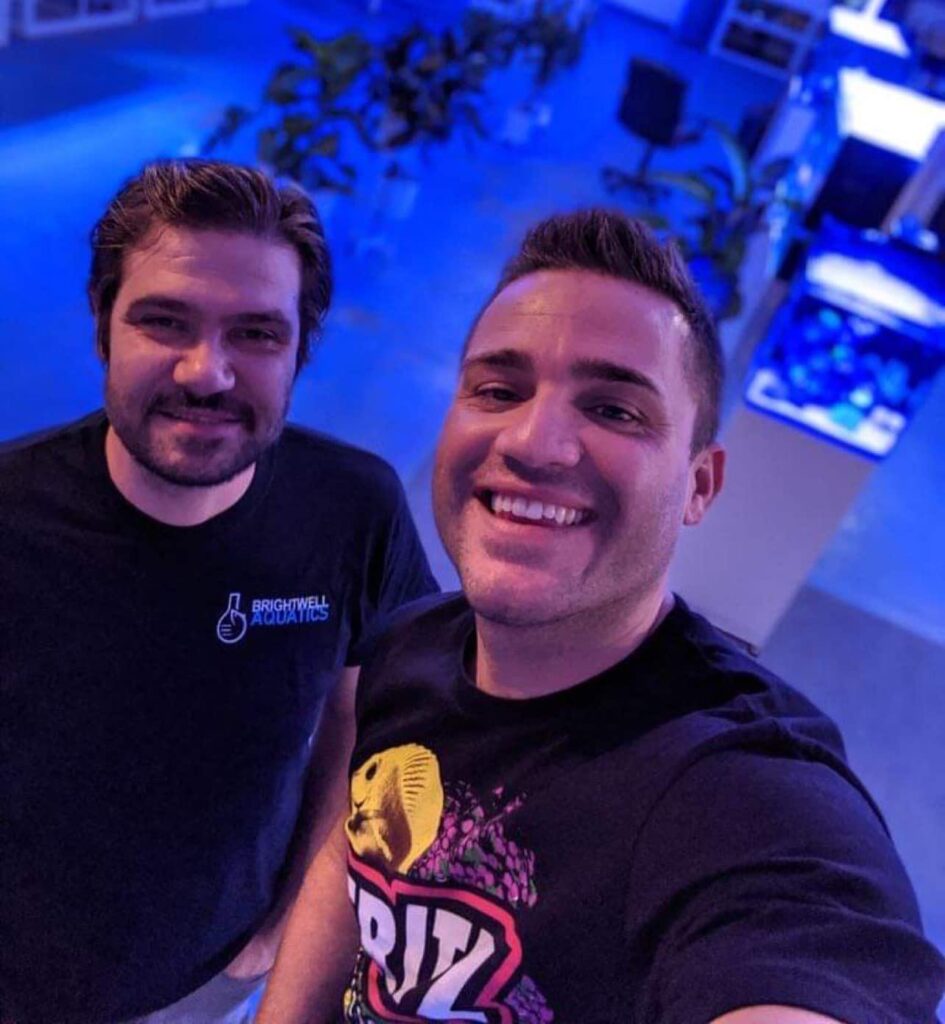 Shawn Hale Reflects On The Loss of  a Friend and Mentor

“Jake Adams, buddy I will miss you til the day that I see you again. Your love for all things underwater was even deeper than anyone knew. Our last conversation in person about all the cool things from our freshwater tanks as kids… Our last goodbye was just a couple of weeks ago… Our last hour-long phone call was just days ago… Weekly phone calls to just talk about our dreams and our lives, our private conversations about our passions, weaknesses, sadnesses, and fears… YOU supported my dreams in this industry and told me to believe in myself before anyone else did… You shared every lesson you ever learned so that I wouldn’t make the same mistakes… You took professional risks to support me as your friend before it was easy… Never was your door closed to me and never did you miss my call even once until today… I’m just so sad to lose my friend, a mentor, and one of my biggest supporters. It will never ever feel the same and I will always feel like I’m missing your guidance. There are only a few I call when I feel like I’ve accomplished something great. If those times continue, I will always hover my thumb over your name in my phone. From our conversations about your aspirations, plans, and dreams, I truly know the world has no idea what they just lost. Rest In Peace, my friend. I will miss you forever.” – Shawn Hale

Sanjay Joshi, On The Genesis Of Jake

“Some time almost 18-19 years ago I gave a talk at the reef club in Charlotte NC. At the end of my talk, a young man came up to me and started talking reef science with me. I found the conversation very engaging, insightful, and intellectually stimulating. Late in the evening, he asked if I wanted to go see the coral research lab at the university where he was a student. Of course, I jumped on the opportunity, and along with a couple of others we headed off to the university. At the university, he showed me the flow experiments that he was working on and how photosynthesis was enhanced by flow. We sat there late into the night drinking beers and talking flow and light. I knew right away that this was a smart young man and I thoroughly enjoyed my conversation with him. We had to get the data he had collected on water flow and coral interaction out into the hobby. I got him in touch with a few clubs that I knew were looking for interesting speakers. And this was the genesis of the “Flow is better than Lighting”. That night we also talked about oddball corals. He was so animated, talking about them with passion. He gave me two frags from his oddball collection. One of them was a dime size piece of green Sandolitha [Sandalolitha]. I have always cherished that coral and the story associated with it. I still have it in my tank 18/19 years later. Here is the picture of it in my tank today. Every time I showed pictures of my tank I always pointed this coral out as my first named coral. I called it the Jake Adams coral.” 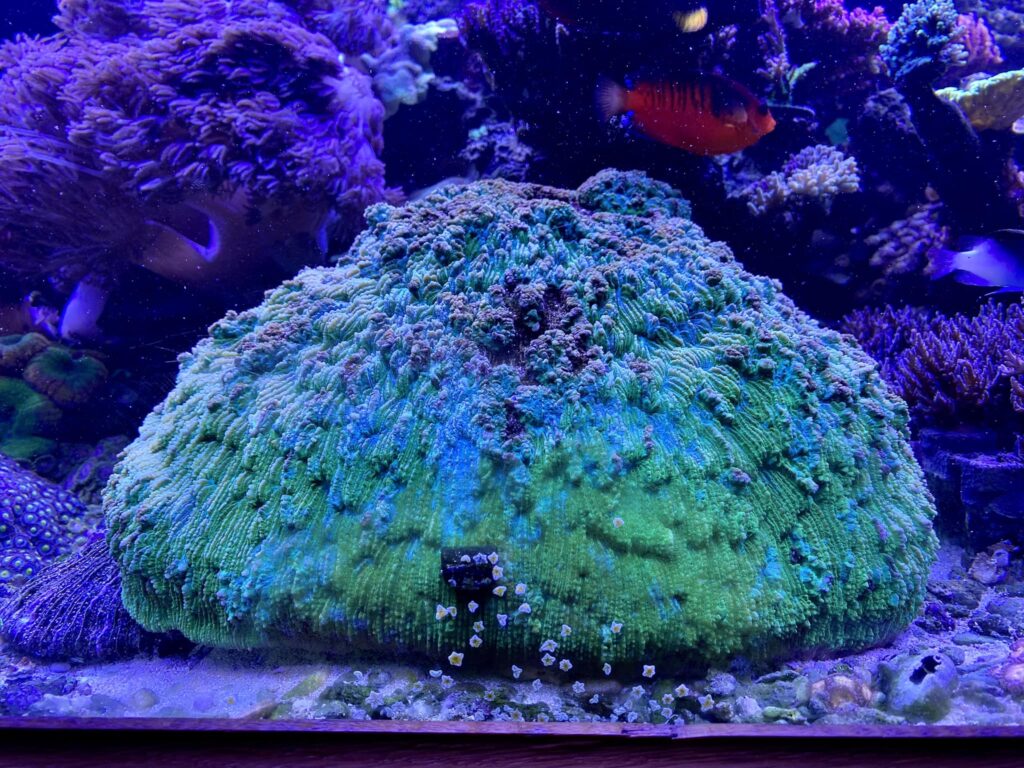 “Jake Adams, your coral will live forever in my tank. It has always brought back great memories starting from the first time I met you till the last conversation we had a few days before you left, still chastising me about not removing detritus from my sump.” – Sanjay Joshi

We invite you all to share your remembrances of Jake Adams below.